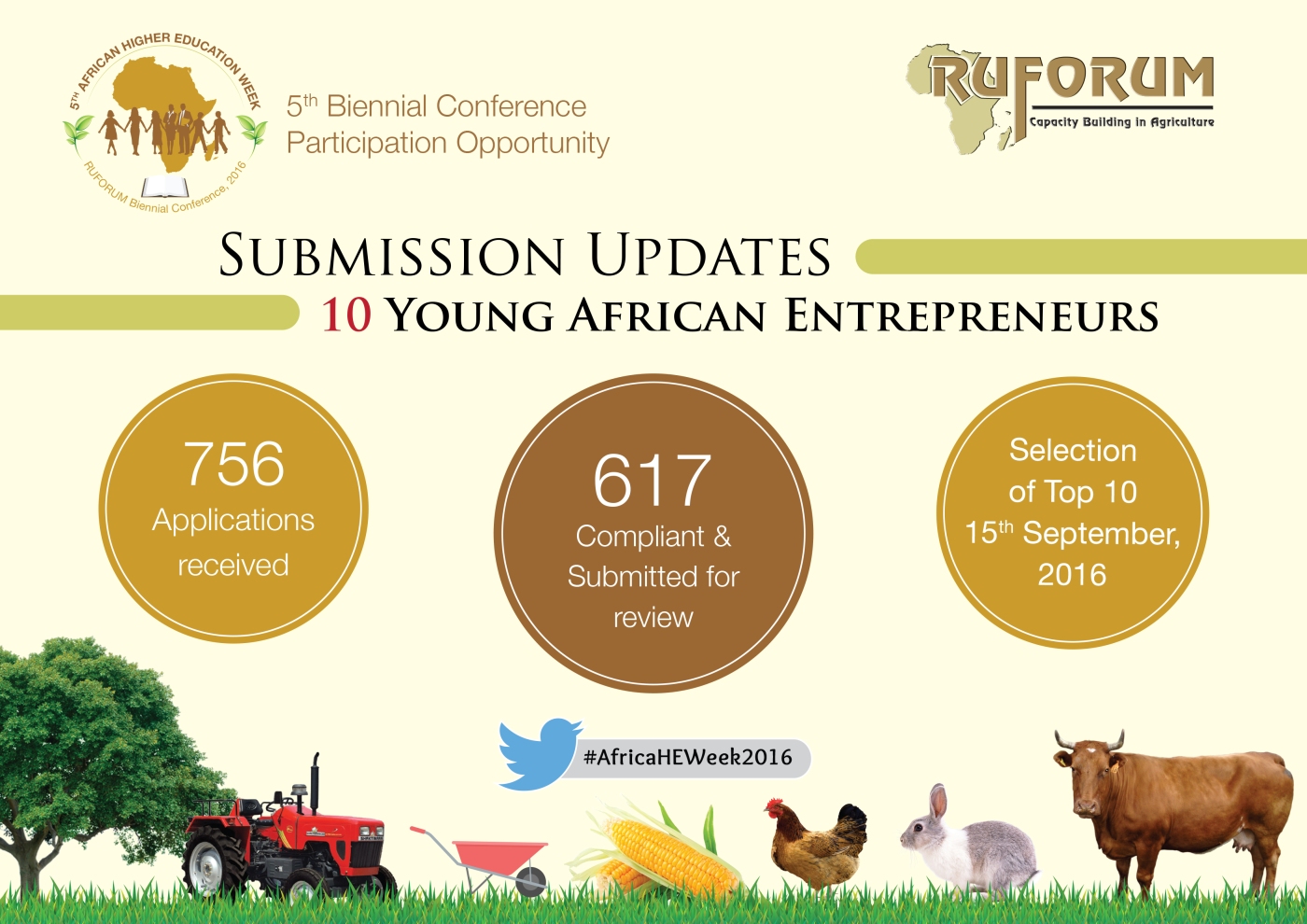 RUFORUM recognizes the need for greater youth participation in enterprise development, business incubation and believes in youth entrepreneurship as the game changer in ensuring greater youth participation and integration into the economic growth for youth employment. As part of efforts to promote and showcase youth innovations in enterprise development and business incubation, RUFORUM organised the Young African Entrepreneurs Competition 2016. The competition lasted three months closing on 31st July, 2016 and attracted a total of 756 applications.

RUFORUM wishes to provide a process update on steps being undertaken to identify the 10 most competitive youth innovations and enterprises for presentation during the Fifth RUFORUM Africa Higher Education Week and Biennial Conference in Cape Town, South Africa.

Below are process highlights and next steps:

The Regional Universities Forum for Capacity Building in Agriculture (RUFORUM) thanks the general public for taking time and responding to this call. Click here to download full press release.